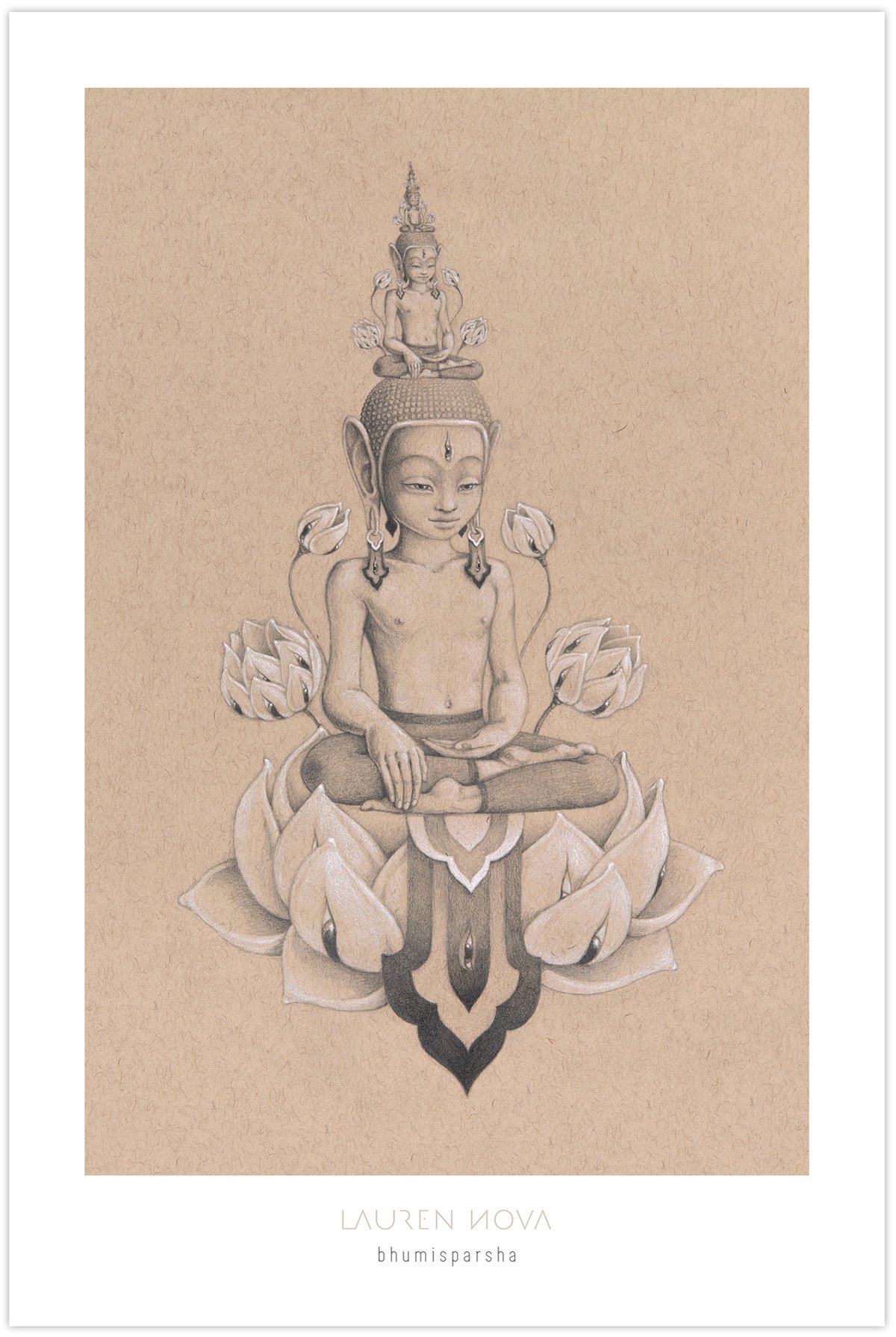 Open edition giclées are unsigned, made to order and shipped by a third party in North America. Please allow for approximately 10 business days for production, with longer production times during holiday seasons. Please contact me with any questions or concerns within 5 days of receiving your order. Ships worldwide.

This drawing was inspired by a sweet Buddha statue, around 1000 years old, at the Angkor museum in Siem Reap. Each recounting of the Bhumisparsha Mudra varies, but here is my best attempt at the essence of the story.

Siddhartha sat beneath a bodhi tree, determined to remain there until he reached realization. Mara, lord of desire, challenged him with an army of demons and seduced him with his three daughters, but Siddhartha remained still. Finally, Mara claimed that his own enlightenment held more power than Siddhartha, and his demon armies rose to bear him witness. Mara then asked “Who speaks for you?” Siddhartha reached down and touched the earth with his right hand, and the earth shuddered and roared “I bear you witness!” Mara and his demons fled, and the sun and moon stood still as Siddhartha broke through the illusions of egocentric existence.

0
Your bag is empty
Start shopping